Speed up your DateFormatter

Maybe you have heard of the slow performance of DateFormatter when it's being initialized. But how slow is it really and what other calls may affect the performance of your app when working with date formats?

I came across that same question. So I decided to make a little experiment. Fortunately, Xcode has everything we need to measure that kind of metric. In your unit tests there is an option to measure the time of a code block:

With this piece of code, it is fairly simple to run tests measuring the time for multiple kinds of operations. To get numbers that better compare I decided to run each target operation 10.000 times. The more samples you have the better the statistical results get.

For the cases where a property is actually changed to another value than it had before, I changed the loop a bit:

The number of iterations is cut to half because there are twice as many operations inside the loop.

Additional to the 10.000 iterations per test case, Xcode runs all tests with a measure block 10 times to calculate a mean value. This is necessary because it isn’t predictable how this single task will be scheduled inside the CPU, which results in varying run times. You can see this when you click on the grey diamond near the measure block. In the pop-up, you can see how the 10 runs took different lengths of time. 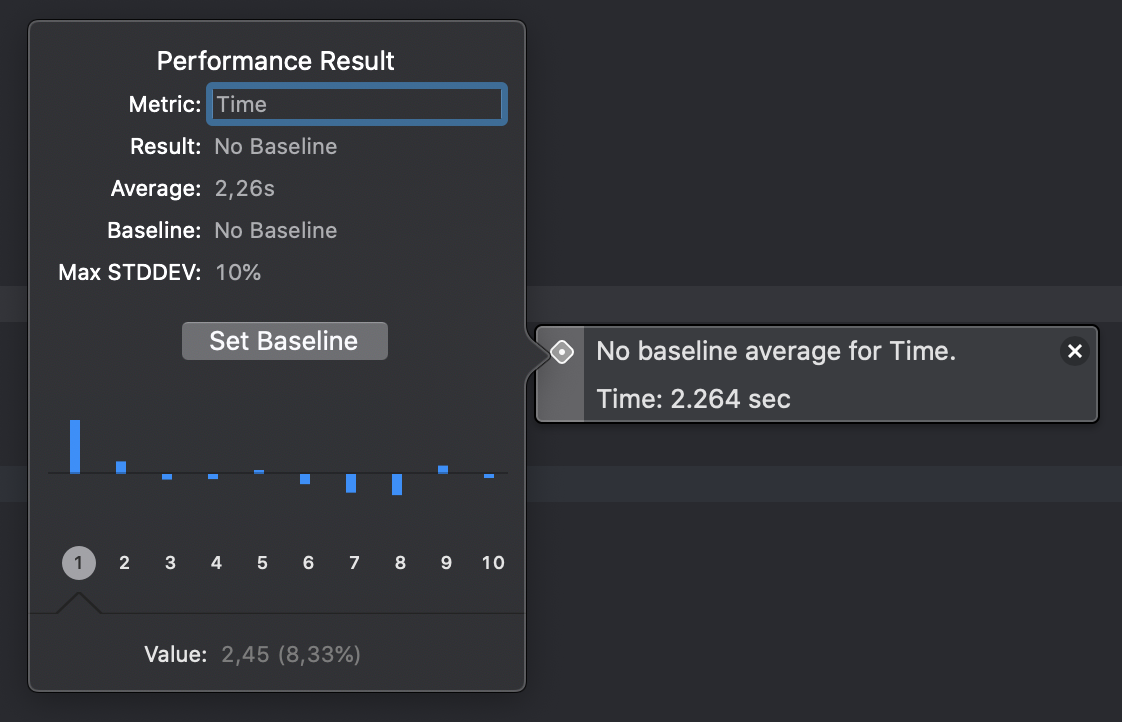 I ran the complete test suite 3 times to be able to calculate my own mean values. So remember, the following numbers represent the seconds use for 10.000 operations for the given test case. 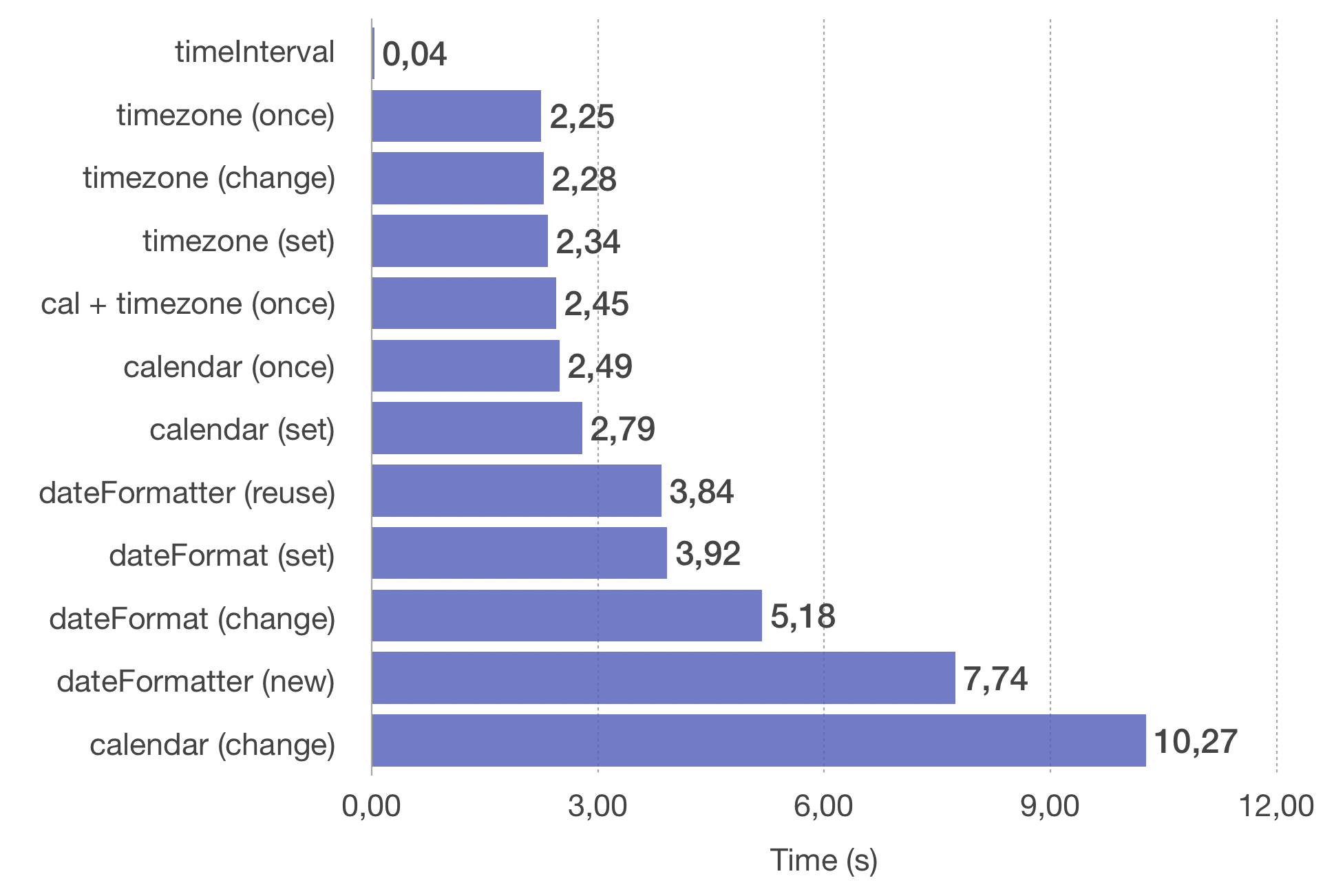 As expected, creating a Date from a TimeInterval is by far the fastest approach. But the surprise is that changing the calender property costs much more time than instantiating a new DateFormatter. And it is nearly 5 times slower than setting it once. Also changing the format seems to be an expensive task, whereas changing the timezone causes no significant difference compared to not changing it. It also seems to be a good idea to set calendar and timezone at all instead of going with the default values of DateFormatter.

Based on these results when working with DateFormatter it seems to be most efficient to have reusable instances for differently configured formatters. This was a date formatter has to be configured only once and can be used again and again with only the minimum amount of computation time. But if you have the chance to use timestamps instead of formatted date strings, you should use it.